Before you start learning how to defend yourself, it’s important to know something about the use of force from a moral and legal perspective. We created Combat Kung-Fu to help you protect yourself, or your loved ones, in the event of a violent assault. As such, the techniques we present in this site are only meant to be used for self-defense.

What is self-defense, and when does the use of force become excessive? These are very important questions. Short of giving you legal advice, which we can’t possibly do given that every state and country will have differing laws governing self-defense and the use of force. Let’s take a broad look at self-defense law as it currently exists in the United States, where Combat Kung-Fu is based. If you live outside of the United States, we strongly recommend that you seek a more detailed understanding of the self-defense laws in effect in your country of residence.

What is Self-Defense? One definition says that self-defense is the use of reasonable force to protect one’s self or loved ones from bodily harm from the attack of an aggressor. If you reasonably believe that an aggressor is placing you or your loved ones in danger, then there is a right to use reasonable force to stop that attack. However, if someone simply threatens to do you harm but is not actually attacking you, then the use of force might be excessive or unnecessary. If someone tries to steal your bicycle, can you use force to stop the theft of your property? Most likely the answer to that is yes, providing you do not use excessive force.

What Is Excessive Force?

When does the use of force for self-defense become excessive? In general, you never want to use more force than is necessary to stop an assailant from attacking you. Many Combat Kung-Fu techniques have several strikes, kicks, or other disabling movements that follow the initial attack response. These are often what we refer to as “follow-up strikes”.  You should use follow-up strikes only if the first step of a technique is ineffective at stopping the attacker.

Let's say that someone tries to punch you in the face, for example. You block the punch with one hand while striking the opponent in the solar plexus with the other.  If your opponent collapses to the ground, you probably don’t need to do anything else to stop the attack. You just walk away. However, if the person is on the ground showing no signs of being able to stand up, but you repeatedly stomp on his face, many would argue that you're using excessive force. The force is excessive, because you’re using force way beyond what is necessary to stop the attacker from hurting you. In short, never use more force than is necessary to stop an attack.

Another way the use of force can be excessive is by striking targets that could cause serious bodily harm, or even death, in situations where your're not in mortal danger. If someone tries to push you, for example, and you immediately use a blinding technique, many might judge that as an excessive response. However, if the same person were trying to stab you with a knife, that same technique might be justified since your life is clearly in jeopardy. 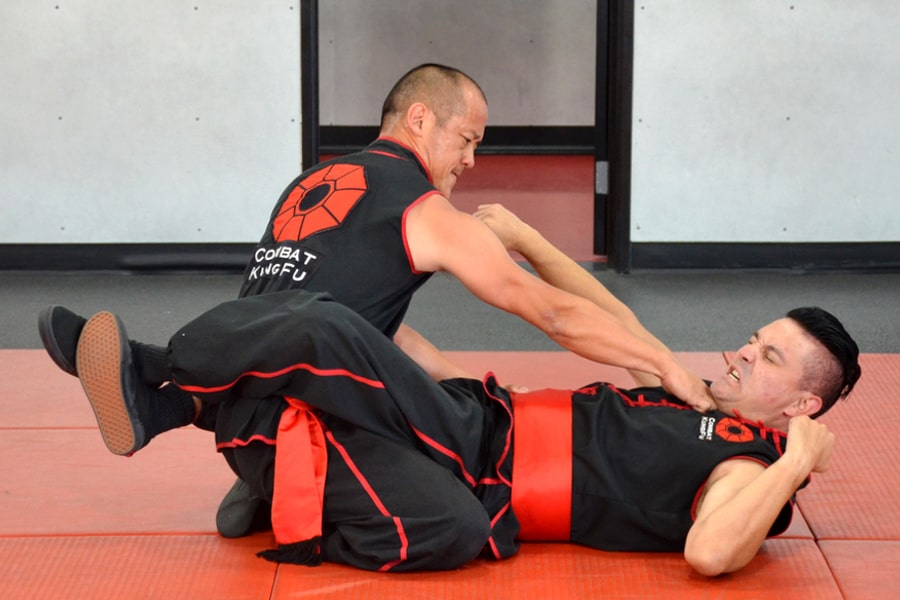 Using any kind of object as a weapon is likely not warranted unless you feel your life is in danger. For example, let’s say you're walking your dog at night using a flashlight to light your way. Suddenly, two large guys block your path and demand your wallet! When you refuse, they lunge forward in an attempt to grab on to you. Would using your flashlight to stop them be excessive? Since it’s two against one, many would say that you're possibly facing lethal force.  Two attackers could easily cause you great bodily harm between the two of them.

It should go without saying that you should never provoke a fight just to test your skill. There are martial arts tournaments for that. Causing harm to others without provocation is not just morally wrong but could end up costing you everything. You could possibly be charged with assault, or you could sustain lasting injuries or even die in any kind of confrontation. You could even end up in jail! At Combat Kung-Fu, one of our core values is respect for self and others. Kung-Fu should only be used for self-defense and never to hurt others without cause. A true martial arts master prides him or herself on never having to fight. And that’s what we at Combat Kung-Fu wish for each one of you. 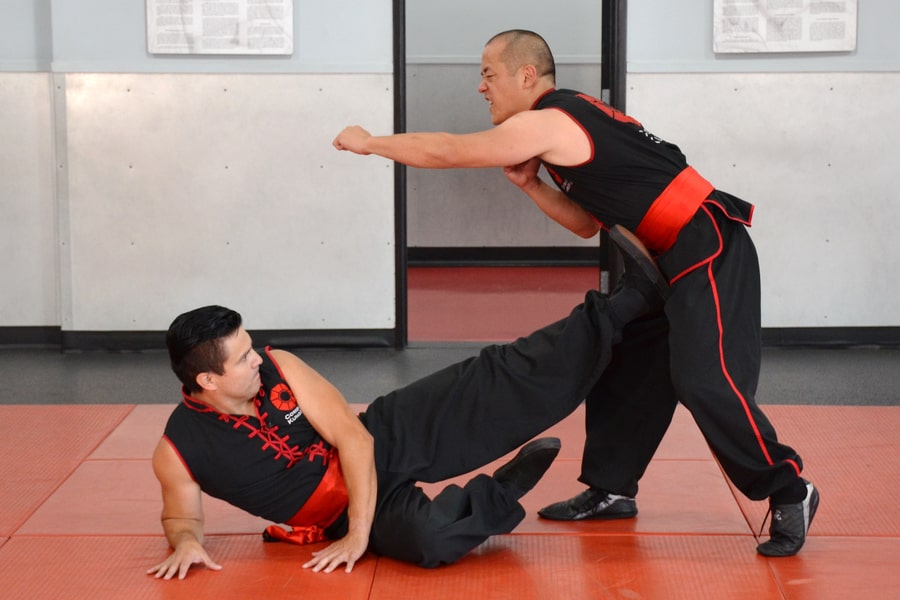