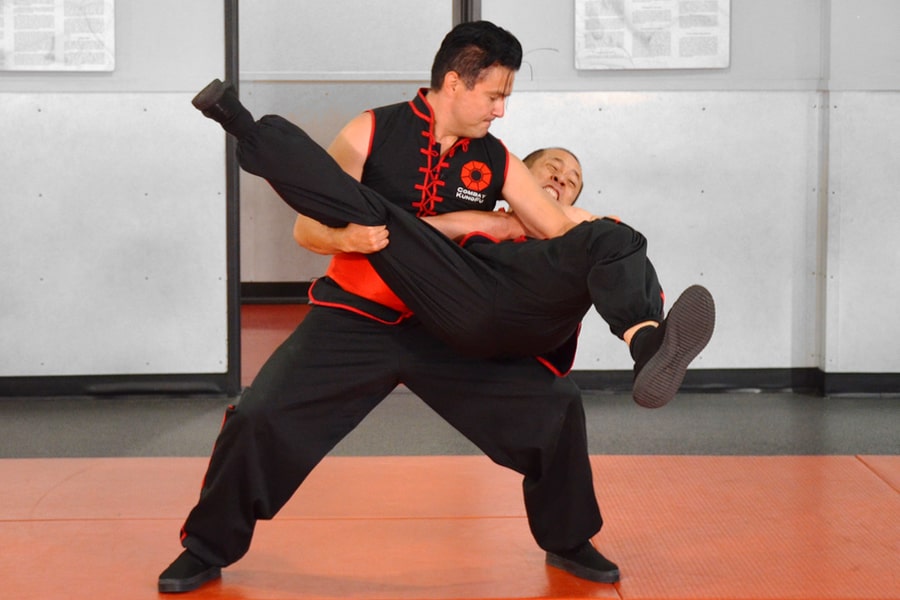 When many people hear the word kung-fu, they often think of white haired superheroes capable of running up bamboo trees to fight it out in the treetops. Many martial artists themselves seemed to have lost sight of kung-fu’s design as a viable method of self-defense training, which in my view, has led to the deterioration of the public’s perception of the practicality of kung-fu as a fighting system. It is for this reason that we chose to call our online instructional site Combat Kung-Fu, to remind people of the art form’s fighting roots.

Kung-fu is a colloquial term used to describe martial arts that originated from China. According to the Merriam-Webster dictionary, combat is defined as “a fight, or contest between individuals or groups”. Although there are multiple benefits to the study of kung-fu, such as health, cultural, aesthetic and sportive, all martial arts were originally created as a means of surviving violent conflict. At Combat Kung-Fu, we are primarily concerned with the practical application of classical Choy Li Fut Kung-Fu techniques and principles, as well as how they relate to modern real world threats.

During the seventies and eighties, kung-fu had an aura of mystery and seriousness surrounding it. If you were to mention you practiced kung-fu, people were inclined to associate you with characters from popular TV shows and films of that era. These characters were often depicted as highly disciplined and capable fighting machines who lived lives of austerity, morality and rigorous training. For example, iconic martial artist and actor Bruce Lee made it his life’s work to highlight and promote the legend of Chinese Martial Arts to the west through his films and books.

It was this romantic ideal of warriorship that inspired me to seek out and dedicate myself to the practice of kung-fu to begin with. I think many from my generation can relate.
However, somewhere along the way, it seems kung-fu somehow became an ironic parody of its former image. During the mid to late nineties, the art’s depiction in media often became comical and campy with character portrayals that were buffoonish and cartoon like. It was rare to see celebrity fighters representing kung-fu systems in popular combat sports, which were rising meteorically in popularity throughout the early 2000s. This may have also contributed to kung-fu’s perceived lack of credibility as a martial art.

However, there is some justification to this perception. I have often encountered many martial artists and schools that teach the traditional arts, not just kung-fu, who place little to no emphasis on any training remotely having to do with fighting or self-defense, instead choosing to teach their systems as cultural performing art and or physical exercise exclusively. There is nothing inherently wrong with this, so long as what is being taught is done so transparently.

Then there are those who lay claim to teaching practical application yet lack the conceptual framework and or the training methods that validate the efficacy of their techniques. People who intend to gain martial skill at these types of schools often leave disenchanted and conclude traditional arts offer no practical benefit.

What we’ve tried to do at Combat Kung-Fu is bring that focus back to the fighting roots of this ancient art form. It is our hope that by revealing the potent self-defense techniques that are at the core of kung-fu, we can reignite interest in traditional Chinese martial arts and re-establish kung-fu as a source of practical self-defense knowledge for the benefit of beginning and advanced students alike.